In 1975, French viewers discovered the new credits for the national channel Antenne 2. To music by Michel Colombier, a young Belgian designer, Jean-Michel Folon made the drawings of men wearing hats fly away. The artist, who already exhibits in the USA and Japan, is becoming famous with the French public!

Born in Uccle in 1934, Folon built his graphic vocabulary very early on. A very coherent vocabulary, which he has reused throughout his career. He said he had just tried to fix his dreams, hoping that others could hold theirs to them. He works on drawing at first before discovering watercolor, a technique that allows him to best express his invitation to dream; Jean-Michel Folon often said that he “put his dreams in watercolor”.

Folon becomes a painter, a draftsman and an illustrator famous all over the world. Its universe populated by men in hats and raincoats, anti-heroes par excellence, but also with soaring birds, boats with full sails out on the horizon, ensures him world glory. History will tell that he even designed the very first logo for a young company, Macintosch.

In the early 1980s, Prince Rainier III of Monaco offered the artist a Workshop in the Principality. This is the start of a new adventure. For more than 20 years, Folon stayed regularly in Monaco, he died there on October 20, 2005.

It was also in Monaco that, on the advice of his friend the Sculptor César who introduced him to his founder, Folon began to work in sculpture, then began “the second half of his life” as he liked to say. Passionate about his new vocation as a Sculptor, encouraged by his family and friends, including HSH Prince Rainier III, a talented Sculptor himself, Folon achieves probably the most interesting part of his work.

What in the Universe of Folon, could pass for a little “nice”, and sometimes too “soft and tender” becomes, confronted with the harsh physical and spatial reality of Bronze the very incarnation of this dream that the artist wanted put forward.

Galerie Bartoux Monaco is proud and happy to be able to present to the public, on the occasion of the 15th anniversary of the Master’s disappearance, a wonderful collection of sixteen original bronze sculptures.

On this occasion, Galerie Bartoux Monaco reaffirmed its support for the action of the Prince Albert II of Monaco Foundation by offering a major work which will be auctioned for the benefit of the actions of the Foundation.

An approach that would have appreciated Folon who loved Monaco, the Sea and Nature so much. 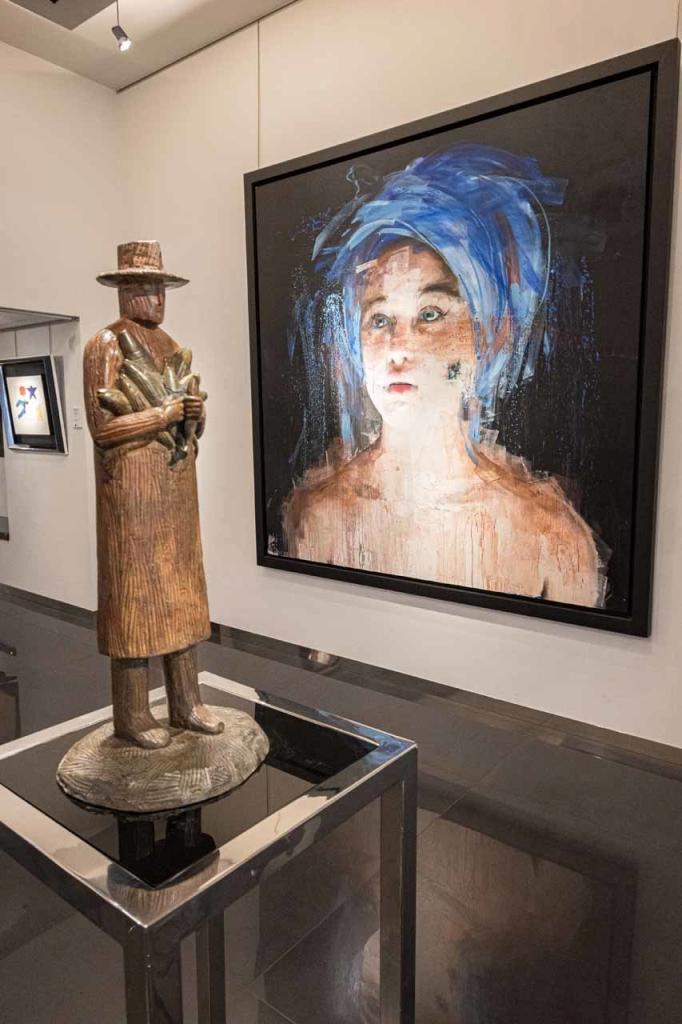 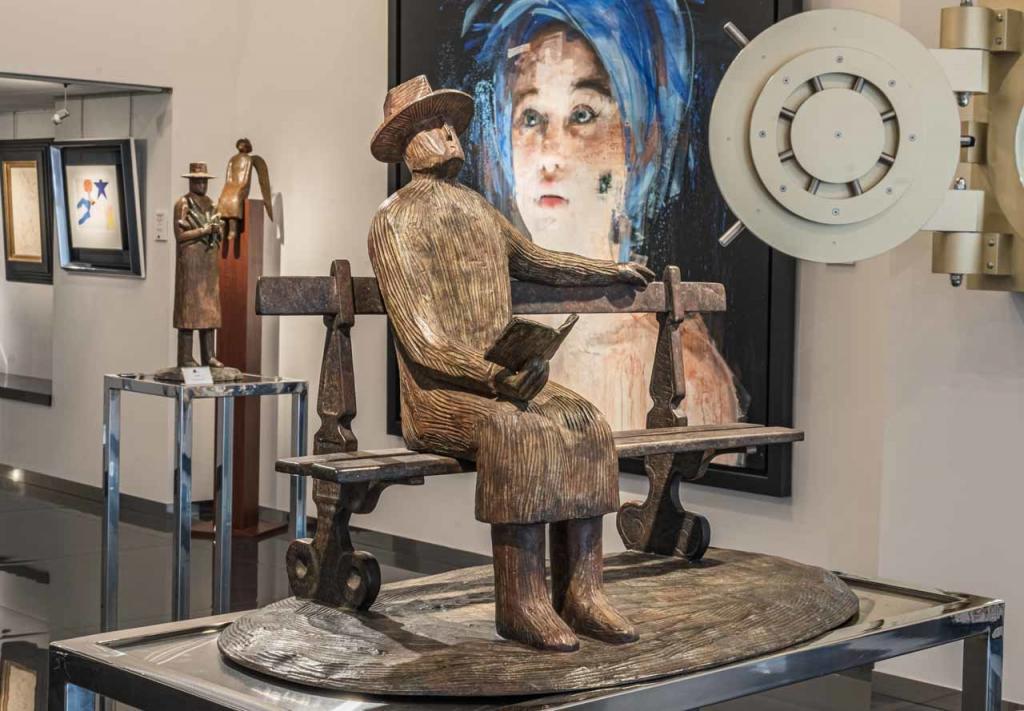 A sculptor exhibition in Monaco 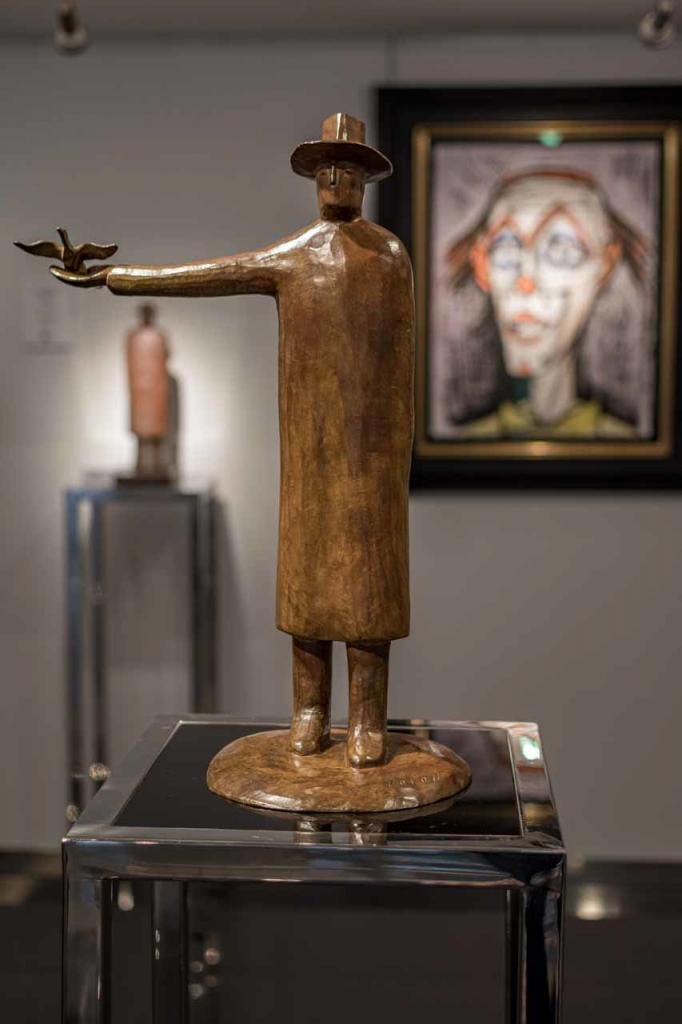 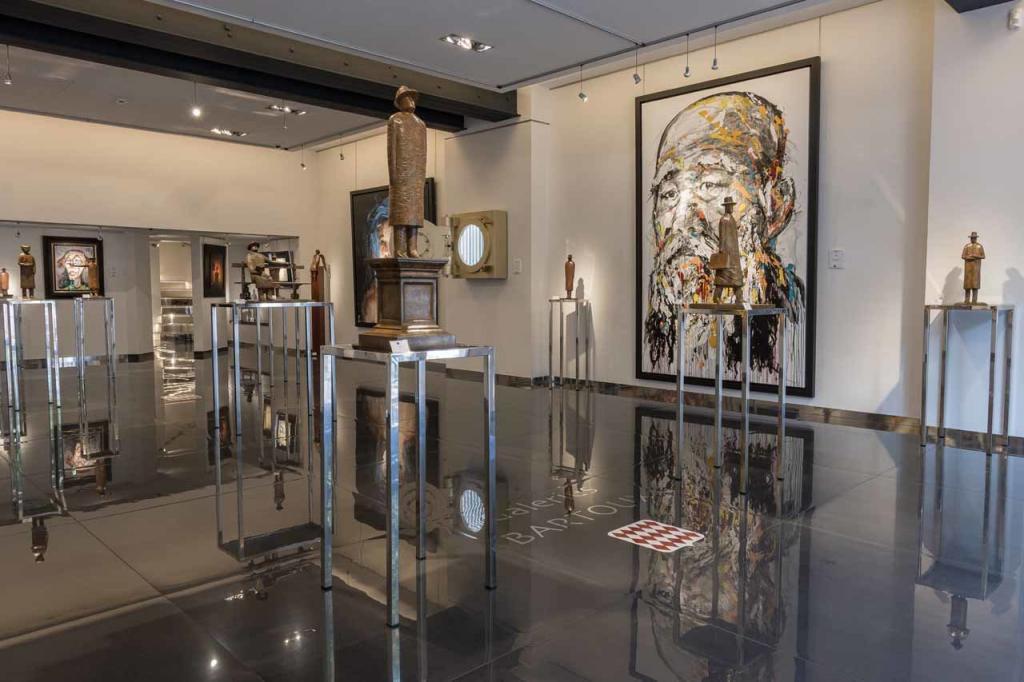