Li Lihong’s life could be the perfect illustration of recent developments in Chinese society between tradition and modernity, between provinces and capitals.

Born in the village of JIN Dezhen (JiangXi Province), where royal Chinese porcelain has been produced for centuries, Li Lihong went to Beijing to study ceramics at the Central Institute of Handicrafts and Design.

After graduating, he went to live in the south of China, in Guangzhou, where he worked for several years as a designer in an advertising agency. There he works a lot with the big brands of products imported from the West; Apple, Nike, Coca Cola … which invaded the universe of China during these years, he actively participated in the emergence of the consumer society in China.

In the early 2000s, Li Lihong felt the need to rediscover his Chinese roots, he returned to his native village and was initiated into classical ceramics by Master QIN Xiling.

Then begins his new life as an Artist.

From this confrontation between tradition and modernity, from the village of JIN Dezhen to the advertising agency in Guangzhou, Li Lihong then undertakes a work of cultural reappropriation so typical in the history of China. It begins to represent the shapes of big brand logos covered with traditional patterns and made in classic porcelain.

Today, Li Lihong lives in Shanghai, he is one of the most famous artists of the post-cultural revolution generation.

Apple-China is probably Li Lihong’s most famous work. Using classic porcelain as a medium, he designs the logo of the famous American company which will be covered with traditional Chinese patterns, dragons, flowers, clouds … here gilded with gold, there with silver.

During its very long history, China has been colonized many times, in the end it is always the immense mass of the Chinese people who ultimately triumph over the colonizer. 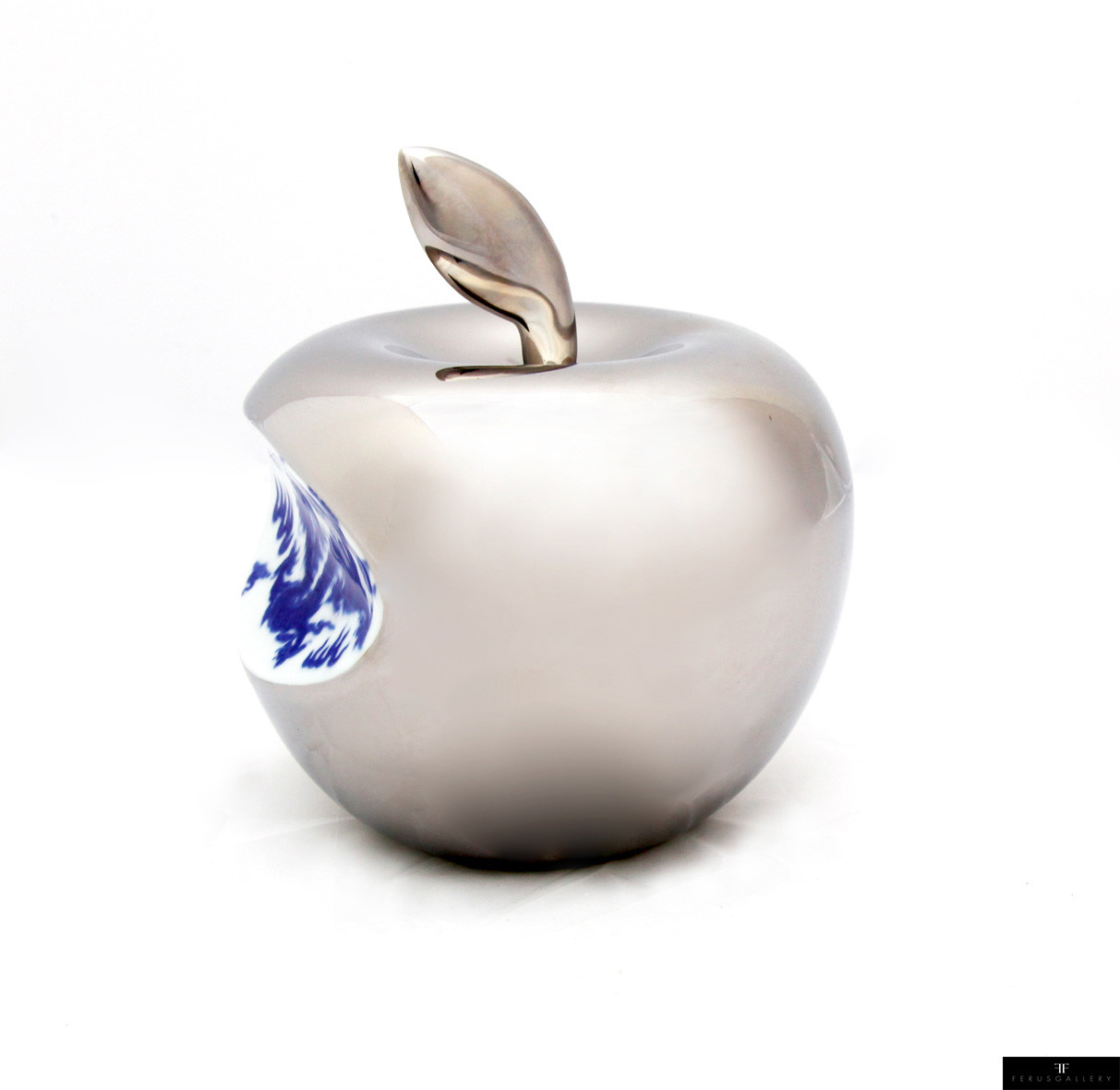 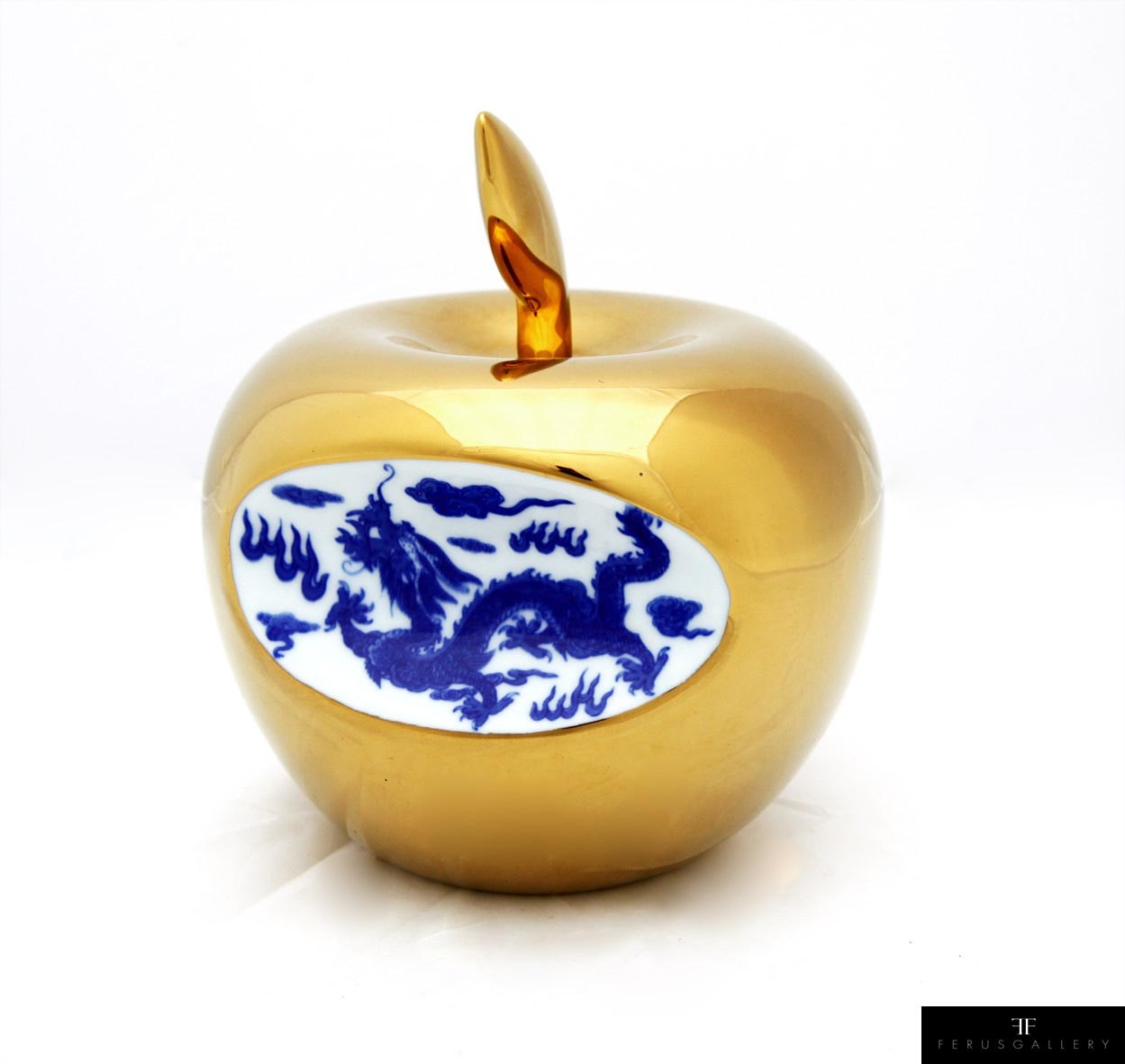 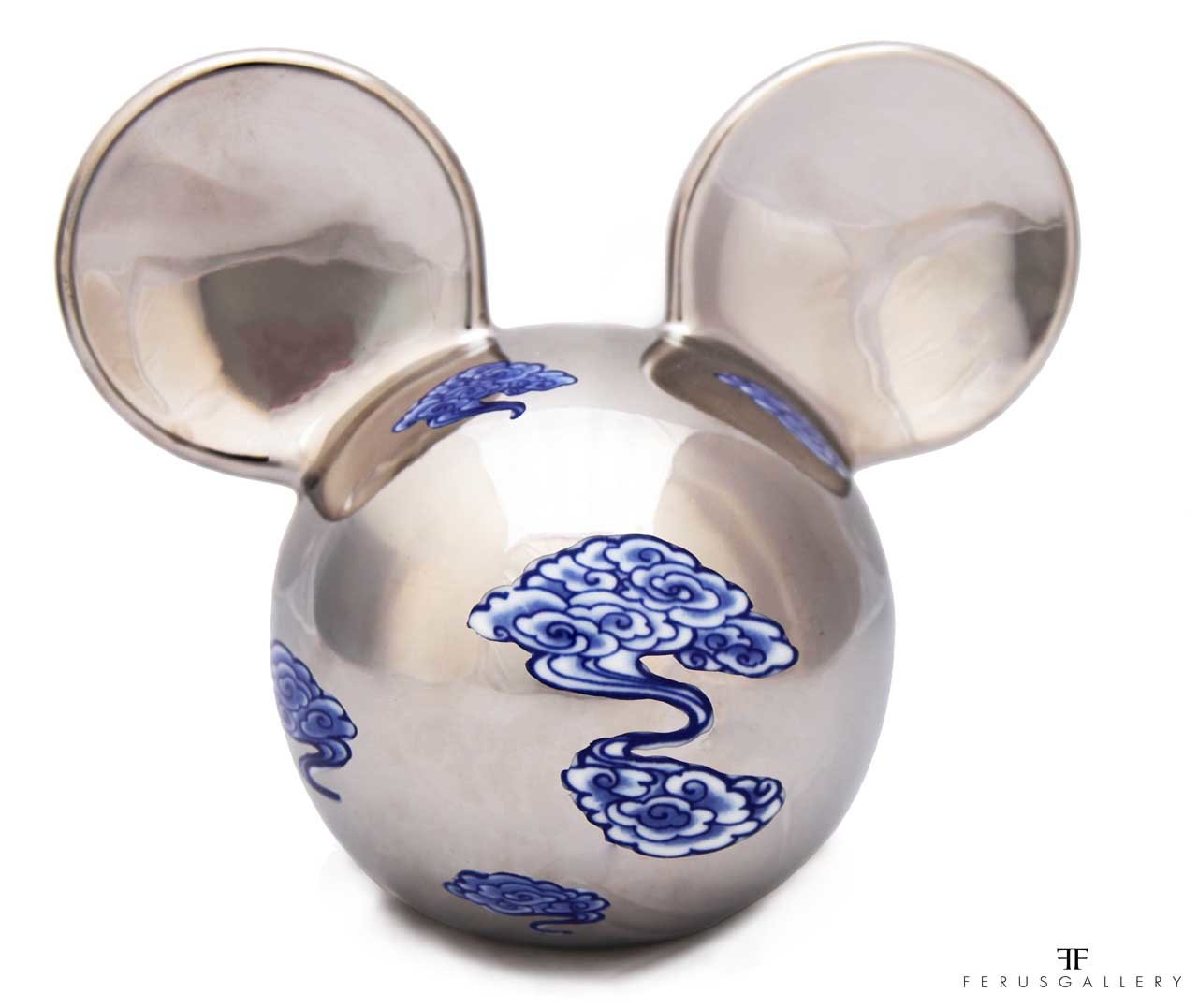 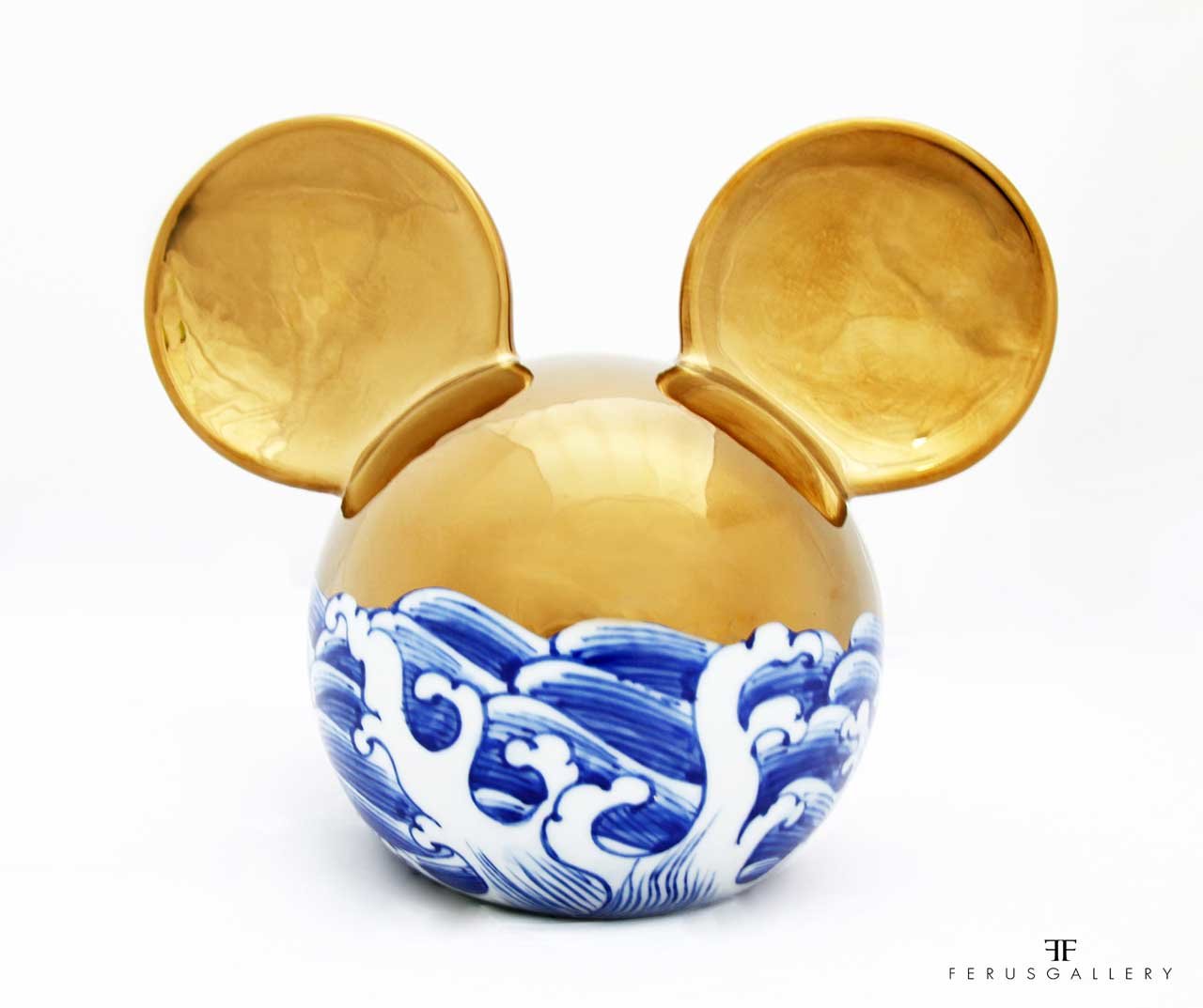