Jérémy Taburchi was born in Nice in 1974, he spent his schooling in Monaco, before going back to his roots and flourishing artistically in the capital of the Riviera.

His character of the Pink Cat was born in 2003, it is the fruit of his very first tests on the graphic tablet that the artist had just purchased.

First a digital creation, the character then quickly appears on paintings, in large formats, sometimes in surprising, trashy, offbeat situations … It is the artist’s taste for American counterculture, that of the Bukokwski, Burroughs, Ginsbergs, which is displayed thus.

Passionate about the comics-strips that he discovered in American newspapers such as the Herald Tribune, and which feature the Dilbert, Snoopy, and other great classics of Comics from across the Atlantic, Jérémy Taburchi took the opportunity to try the press cartoon experience, being published in several local newspapers and magazines.

The artist also tries out other styles, more conceptual or more surrealist, moreover very appreciated. As well as writing.

Jérémy Taburchi lives and works on the Côte d’Azur.

You can discover and buy his Pink Cat paintings on this page of our online store. 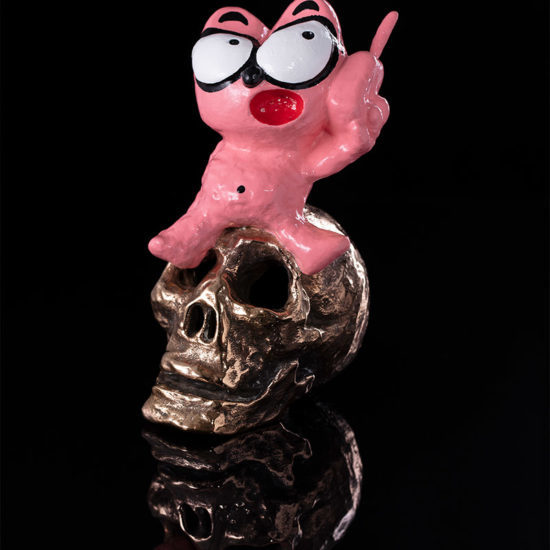 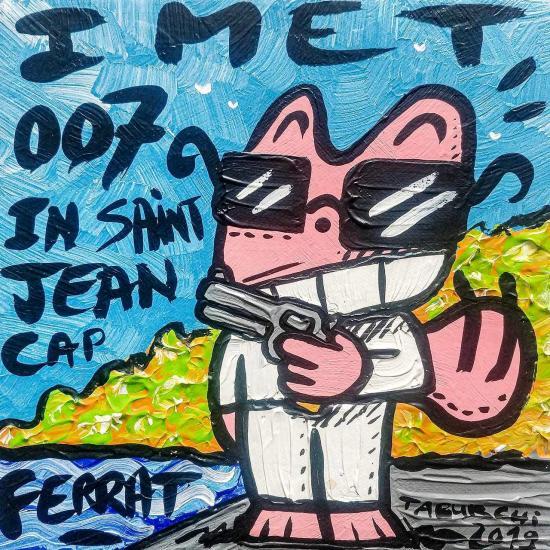 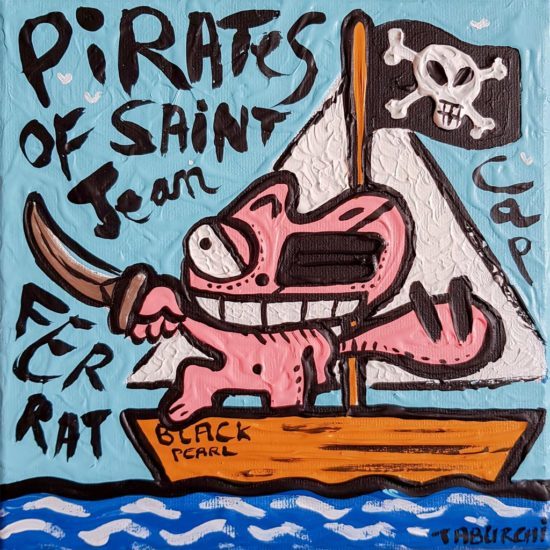 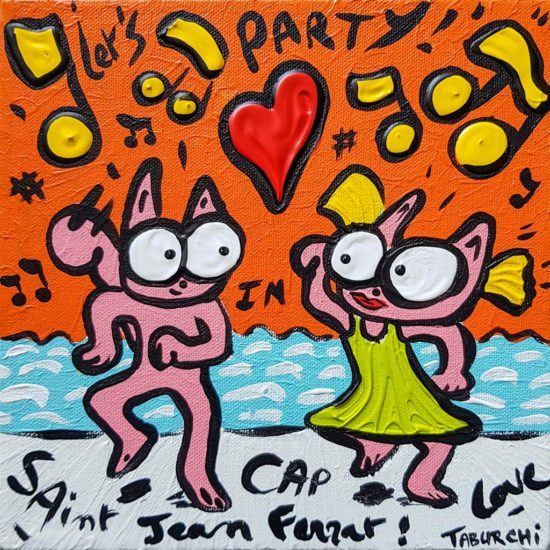 Having a good time in Saint-Jean-Cap-Ferrat 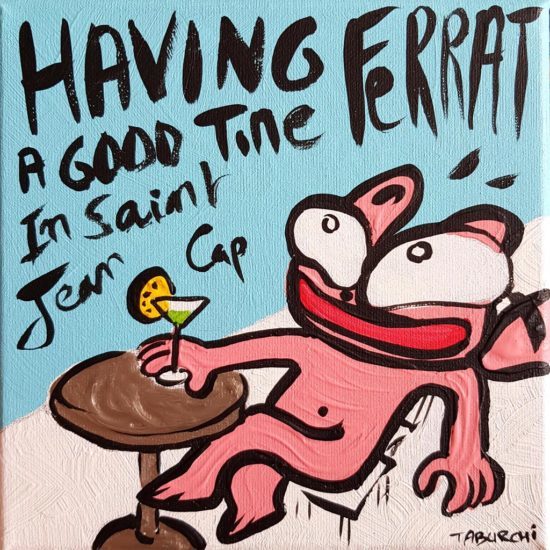 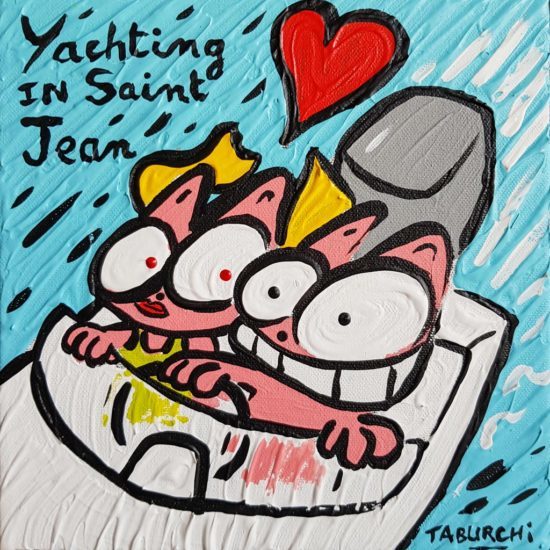 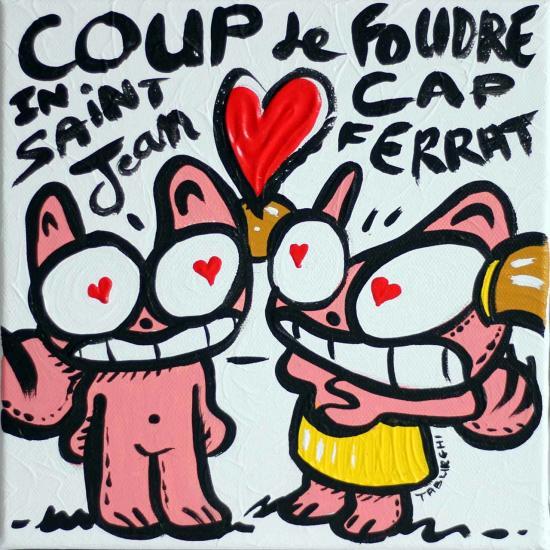 Looking to the horizon in Saint-Jean-Cap-Ferrat 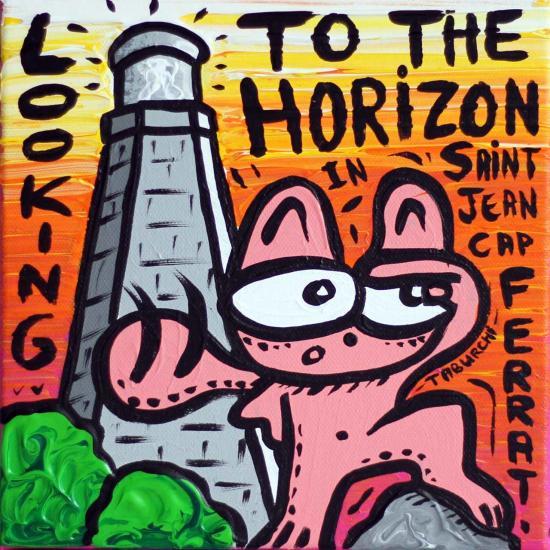 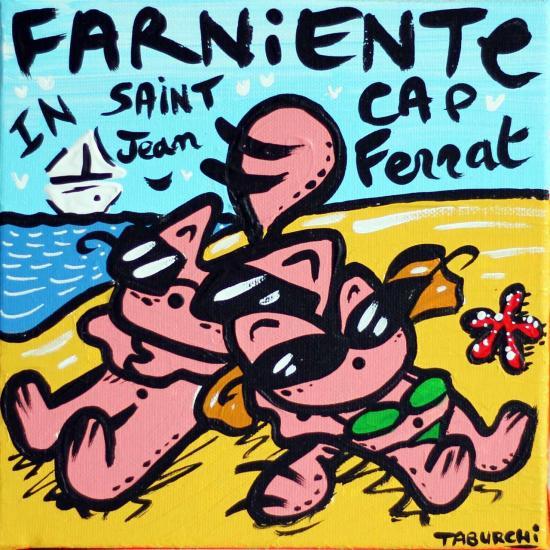 Back to restaurant in Saint-Jean-Cap-Ferrat 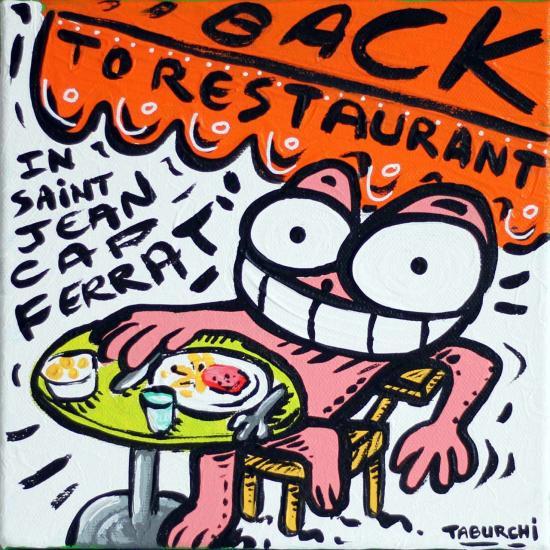 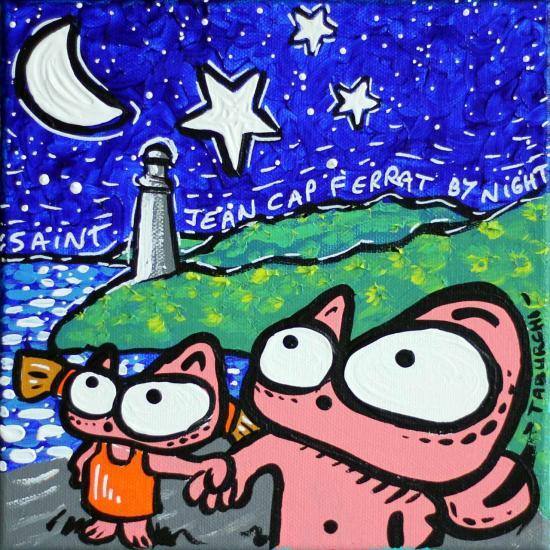 Riding a Jet Ski in Saint-Jean-Cap-Ferrat 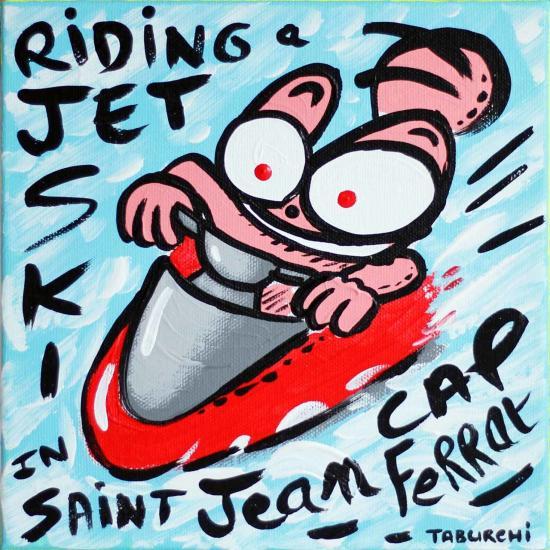